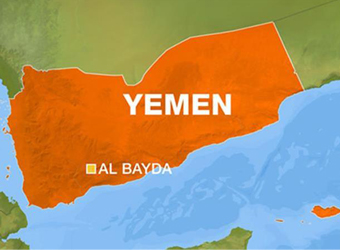 U.S. military says it believes civilians were among the casualties when US commandos raided an al-Qaeda stronghold in Yemen on Sunday.

The U.S. Central Command (Centcom) said in a statement that those killed could include children.

Yemeni sources had previously added that up to 16 civilians were killed in the operation in Bayda province.

Reports say that they included the eight-year-old daughter of Anwar al-Awlaki, a militant killed by a US strike in 2011.

The raid was the first such operation authorised by new U.S. President Donald Trump.

The US military had previously said a Navy Seal died and three others were injured in the raid in a village in Yakla district.

Several Apache helicopters were reported to have taken part.

It said three al-Qaeda leaders were among 14 militants killed in a 45-minute gun battle, but did not comment on reports of civilian deaths.

On Wednesday, Centcom said that civilians could have been hit by air strikes brought in to support the commandos.

“A team designated by the operational task force commander has concluded regrettably that civilian non-combatants were likely killed in the midst of a firefight during a raid in Yemen. Casualties may include children,” a statement said.

“The known possible civilian casualties appear to have been potentially caught up in aerial gunfire that was called in to assist US forces in contact against a determined enemy that included armed women firing from prepared fighting positions, and US special operations members receiving fire from all sides to include houses and other buildings,” the statement added.

Al-Qaeda has taken advantage of the civil war in Yemen to entrench its presence in the south and south-east.

For the past two years, the country has been embroiled in fighting between forces loyal to the internationally recognised president, backed by a Saudi-led coalition, and Shia Houthi rebels.