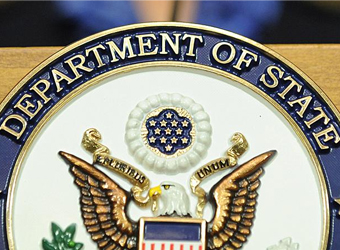 The US State Department condemned what it called the “restrictions” imposed by the Egyptian authorities on civil society, expressing concern over a recent decision by an Egyptian court to freeze the assets of a number of human rights activists and NGOs.

“The United States is troubled by the decision by an Egyptian court to freeze the assets of some of the country’s leading human rights organisations,” Mark Toner of the US State Department said.

“These freezes follow similar actions against the Cairo Institute for Human Rights Studies, the Hisham Mubarak Law Centre, and the Egyptian Centre on the Rights to Education – and their leaders – in September.”

The US official defended the role played by human rights organisations in documenting violations and abuses, and advancing the rights and freedoms “enshrined in Egypt’s constitution.”

He added in his statement that this decision comes against a backdrop of extensive restrictions imposed on civil society in Egypt, which the United States believes “will produce neither stability nor security.”

Toner said that the United States urges the “Government of Egypt to lift these asset freezes, take all legally available measures to end the investigation into these human rights non-governmental organisations…and ease restrictions on association and expression so that these and other NGOs can operate freely.”

A Cairo criminal court decided on Wednesday to freeze the assets of Mozn Hassan, the head of Nazra for Feminist Studies, and Mohammad Zarea of the Arab Penal Reform Organisation.

The decision was made at the request of the investigating magistrate in a case regarding allegedly illegal “foreign funds” being utilised by these and other NGOs.