US stocks set to rise after second-quarter GDP jumps 4.1% 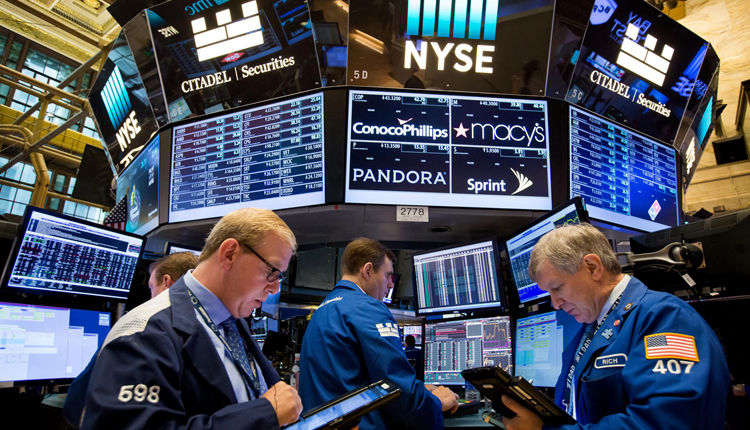 Dow Jones Industrial Average futures pointed to a gain of about 15 points, while Nasdaq 100 and S&P 500 futures indicated gains of 0.2 percent and 0.4 percent, respectively.

The department said the U.S. economy grew by 4.1 percent in the second quarter, matching estimates.

That’s the fastest rate of the growth since the third quarter of 2014 and the third-best growth rate since the Great Recession.

In recent days, White House officials have been indicating the reading will be strong. “You’re going to get a very good economic growth number tomorrow. Big,” White House economic advisor Larry Kudlow said ahead of the release.

“While we may be late in the game when it comes to our economic expansion, we’re likely not in the last inning, and I think we see that in today’s numbers,” said Mike Loewengart, vice president of investment strategy at E-Trade. “Sure the trade war has begun to take its toll, but our economic fundamentals continue to be solid.”

The economic report comes in the middle of earnings season as some of the largest U.S. companies release their quarterly results.

Twitter, meanwhile, posted quarterly earnings that were in line with expectations. However, the stock dropped more than 11 percent as the company also reported a decline in monthly active users, a key metric for the social media firm.

Gold rises as dollar trims gains after US growth data