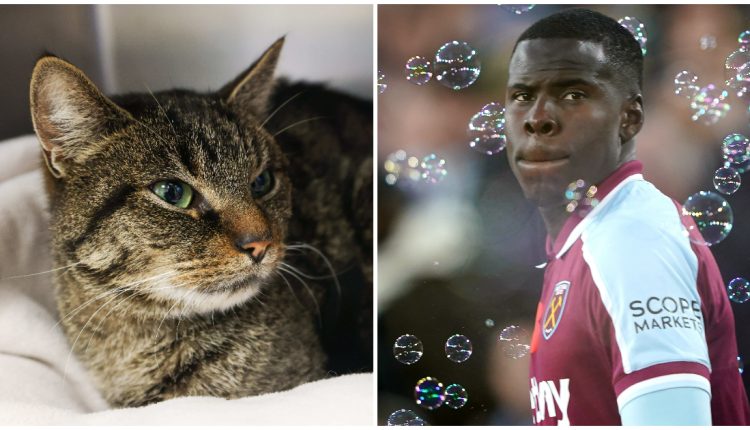 West Ham defender footballer Kurt Zouma has on Wednesday pleaded guilty by Thames Magistrates Court as he will be banned from keeping animals for five years and will be sentenced to 180 hours of unpaid work due to kicking and slapping his pet cat in front of his seven-year-old son.

Video uploaded to Snapchat on February 6. Zouma also threw shoes at his cat. In another video showed Zouma saying: “I swear I’ll kill it”.

Zouma’s younger brother Yoan, who filmed the video, will be also sentenced to carry out 140 hours of community service.  Zouma admitted two offences under the Animal Welfare Act at Court on May 24.

“The cat looked to you to care for its needs – on that date in February you did not provide for its needs. You must be aware that others look up to you and many young people aspire to emulate you.” Holdham said.

Kurt Zouma apologised for what happened in this video in February and later accepted that his two Bengal cats to be rehomed by Royal Society for the Prevention of Cruelty to Animals (RSPCA).

“It’s never acceptable to treat an animal in this way and we were shocked when the video was first brought to our attention.” RSPCA chief inspectorate officer Dermot Murphy said. “What makes this case even more sad is the way the video was filmed and shared, making light of such cruelty. We hope this case will serve as a reminder that all animals deserve to be treated with kindness, compassion and respect, and that we will not tolerate cruelty by anybody.” Dermot Murphy added.

Gold prices in Egypt on June 2