The World Bank Group has on Thursday raised its projections for Egypt’s real GDP growth for 2021 to 5.5 percent from 4.5 percent forecast made in June.

This is before Egypt’s economy hitting 6 percent in 2022, the World Bank added in its regional economic update report released on October 7.

The World Bank expounded that the performance of oil importing countries (OICs) in the Middle East and North Africa (MENA) has been dominated by the recovery of Egypt’s economy, which accounts for more than half of this category’s GDP.

The report estimated the cumulative cost of the pandemic on the Middle East and North Africa region’s GDP in 2021 is forecast to hit around $200 billion.

The World Bank also forecast that most economies in the Middle East and North Africa will not reach pre-pandemic levels of GDP per capita, saying that the recovery process will be uneven because the region-wide estimates mask differences across and within countries.

The report also pointed out that each economy’s performance in the region relies heavily on its exposure to commodity-price fluctuations and how well it managed the pandemic.

“The pandemic’s crippling impact on economic activity in the region is a painful reminder that economic development and public health are inextricably linked. It is also a sad reality check that MENA’s health systems which were considered relatively developed, cracked at the seams under the crisis,” Ferid Belhaj, WB’s vice president for MENA, said. 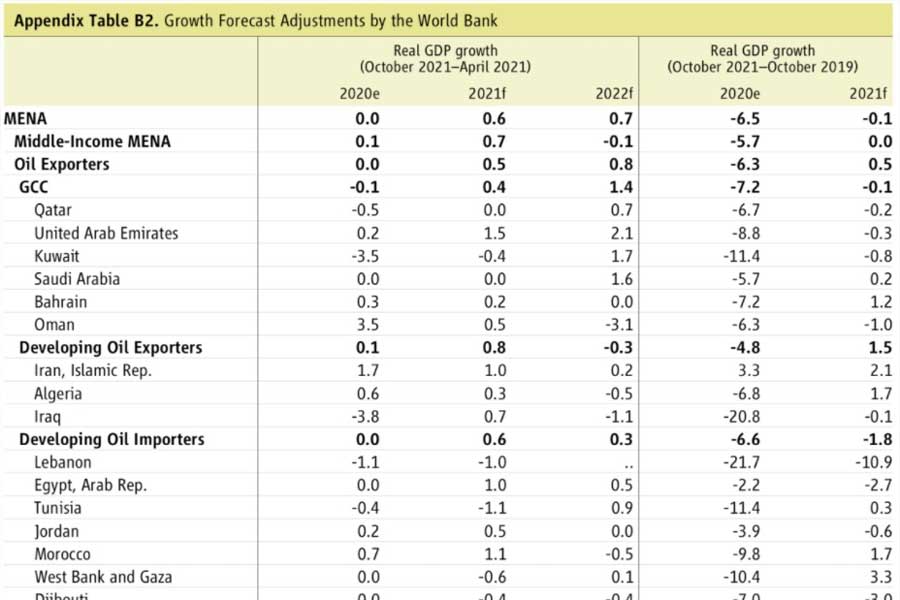