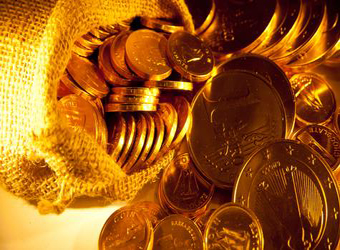 WIFFMC 2013 to discuss key strategies for overcoming the challenges facing the Islamic asset management industry and address the need for cross-border distribution of funds and improving the competitiveness of Islamic funds, while broadening the base of issuers and investors

Leading players, industry thought leaders and key regulators in the international Islamic investments and asset management industry are set to take part in the 9th Annual World Islamic Funds and Financial Markets Conference (WIFFMC 2013), which is scheduled to be held on the 27th and 28th of May 2013 in the Kingdom of Bahrain. Held in strategic partnership with the Central Bank of Bahrain, the 9th Annual WIFFMC 2013 – the world’s largest and most influential annual gathering of international leaders in the Islamic investments industry, will set the stage for critical discussions that will focus on “Broadening the Base of Investors and Issuers; and Boosting the International Growth of Islamic Capital Markets and Investments”.

The two day conference, which will gather more than 400 international industry leaders, will be inaugurated on the 27th of May 2013 with a special opening keynote address by Abdul Rahman Mohammed Al Baker, Executive Director – Financial Institutions Supervision at the Central Bank of Bahrain. Speaking ahead of his session and confirming his participation at the event Abdul Rahman Mohammed Al Baker said that “following the return of investor confidence to global markets, the Islamic funds and investments industry has gained substantial momentum at an international level. The recent acceleration seen in the Islamic funds and investments industry is set to grow further as governments and institutions in the high-growth markets of the Middle East, South East Asia and beyond are increasingly seeking Shari’ah-compliant instruments as a viable alternative for raising capital to fund infrastructure development and investment projects and also for diversifying their investment portfolio.”

Mr. Al Baker went on to say that “in order to continue the strong growth momentum that the Islamic funds and investments industry is currently enjoying, it is essential to create a stronger regulatory framework and further strength the global architecture of the Islamic investments industry and I hope that the discussions at this year’s World Islamic Funds and Financial Markets Conference would derive strategic insights on building a stronger and more stable foundation for the industry.”

The inaugural address will be immediately followed by a special keynote address by Dr. Khaled Al Fakih, Secretary-General and Chief Executive Officer of the Accounting and Auditing Organisation for Islamic Financial Institutions (AAOIFI).

Speaking to the media ahead of the event, David McLean, Chief Executive of the World Islamic Funds and Financial Markets Conference (WIFFMC) said that “Islamic finance has been enjoying an unprecedented growth rate of 15-20% annually for the past decade.”

Mr. McLean noted that “despite obstacles such as underdeveloped secondary market, limited supply, differences in Shari’ah standards and so on, reports indicate that Sukuk issuances peaked at around US$ 140 billion in 2012, surpassing even the pre-crisis levels. This, along with the fact that many new international markets now opening their doors to Islamic finance and investments and the increasing internationalisation of large-scale Shari’ah-compliant transactions further highlight the tremendous growth potential that is yet to be realized in the global Islamic investments industry. In addition, the Islamic funds and asset management industry continues to expand its footprint and deepen its range of innovative offerings in key markets such as Bahrain, Luxembourg and Ireland.”

Dr. Jarmo Kotilaine, Chief Economist and Executive Director of Strategy and Planning at the Bahrain Economic Development Board, who will be addressing the conference on the global and regional economic outlook and its impact on the Islamic investments market, was of the opinion that “the development of Islamic asset management remains critical for the continued success and growth of Shari’ah-compliant finance. By offering a diverse mix of competitive funds, the sector can help channel a growing share of capital available among Shari’ah-compliant investors into productive investments. The industry also has a key role to play in presenting ordinary savers and investors with a range of options that can enable them to save for their financial futures in a balanced and prudent manner.”

According to Dr. Kotilaine “substantial untapped opportunities still exist in all these areas and catering to these growing needs will entail significant positive potential for financial services and the broader economy alike”.

The winner of the prestigious WIFFMC 2013 Islamic Investment Institution of the Year Award will also be announced at the event.