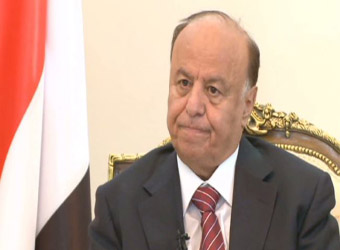 Yemeni President Abedrabbo Mansour Hadi urged on Thursday the US Donald Trump administration to lift its travel ban on Yemenis, arguing they are the victims of terrorism.

Hadi, whose government is backed by Washington in its war with Iran-backed Shiite Huthi rebels, made the appeal in a meeting with the US ambassador to Yemen, Matthew Tueller, whose mission has been moved to Riyadh because of the conflict.

The ban, which Trump imposed last Friday on citizens of seven mostly Muslim countries, including Yemen, should be lifted for dual nationals, Yemenis “with business interests or family ties, and for students in the US”, said Hadi.

“Yemen is suffering, like other countries, from terrorism and making efforts to confront and eradicate terrorism,” said the Yemeni president whose administration has been driven out of Sanaa by the war.

On Monday, the Yemeni government warned that Trump’s order banning travellers from the seven countries on the grounds of protecting US citizens from terrorism would only serve to encourage global “extremism”.