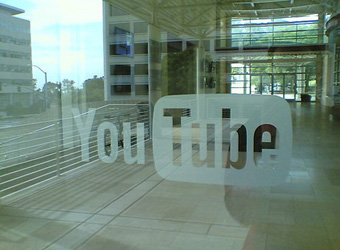 Video hosting site YouTube has released Friday new guidelines in an attempt to prevent brands being associated with offensive or inappropriate content, in order to salvage their relationship with advertisers.

YouTube has been trying to deal with this issue for some time. In recent months, several companies and governments have pulled advertising from the platform due to concerns their brands were being associated with inappropriate videos.

One of the more high-profile incidents of this was in February when Disney cut ties with the popular Swedish YouTuber Felix Kjellberg, better known as “PewDiePie”, because of allegedly offensive content in his videos.

Kjellberg said the videos, which included him paying people using the freelance job site Fiverr to hold up a sign with an anti-Semitic message, were intended to “show how crazy the modern world is.”

“I picked something that seemed absurd to me—that people on Fiverr would say anything for 5 dollars (sic),” he said in a Tumbler post in February.

In a blog post published Thursday, Ariel Bardin, VP of product management at YouTube, said many advertisers had resumed their media campaigns on the video hosting platform thanks to the conversations and new controls YouTube has implemented.

The new guidelines attempt to clarify what content is eligible for advertising. These guidelines cover “hateful content,” which includes content that promoting discrimination or disparaging people and individuals based on any “characteristic associated with systematic discrimination or marginalization.”

Content that inappropriately uses family entertainment characters, such as depicting these characters engaged in “violent, sexual, vile, or otherwise inappropriate behavior”, even if done so for comedy or satire, is prohibited.

“Incendiary and demeaning” content that uses “gratuitously disrespectful language” is also included in the guidelines.

Videos featuring this content will still be allowed on the platform as long as they comply with the platform’s terms of service and community guidelines, but will be unable to monetize this content through advertising.

YouTube has also added a new Creator Academy course to help creators make content that appeals to a broader range of advertisers.

“We recognize there is still more work to do. We know we have to improve our communications to you, our creators,” Bardin said in the blog post.

“We also need to meet our commitment to our advertisers by ensuring their ads only appear against the content they think is suitable for their brands.”