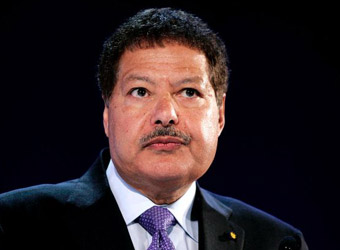 Zewail University will open the application process for new students next week despite a recent court ruling stripping it of its campus.

The project has been locked in almost three years of bickering with another not-for-profit institution, Nile University (NU), over the premises in Giza governorate.

A court ruling last month ordered the return of the campus to NU after the authorities had transferred its ownership to ZCST in 2011.

A presidential decree in March granted Zewail University 198 feddans of land in 6th of October City to set up a new campus.

New students are expected to attend classes at the same disputed campus in Giza until the new site is established, pursuant to a temporary settlement forged by the Egyptian government.

“NU is planning to take the administrative building and the ZCST will take the educational building,” Amr Helmy, assistant professor at the Zewail University, told Ahram Online.

“Both universities are planning to co-exist until the construction of Zewail City is completed, officially due in a year,” he said.

The tug-of-war erupted when NU’s board of trustees reportedly signed over the campus to the government in the aftermath of the 2011 uprising. The government then granted it to the Zewail project.

Students organised numerous sit-ins and strikes to call for the return of their campus. Faculty members said classes were being held in a rented building in Smart Village, a technology park on the western fringe of the capital.

“I attended my Master’s degree lectures in makeshift tents during the time of sit-in,” said Salma Shabayek, a teaching assistant at NU.

Shabayek believes Zewail City is procrastinating over the administrative procedures necessary to hand back the campus.

She says most classes are likely to be held in the Smart Village building.