1st stage of Egypt’s parliamentary elections kicks off on Saturday 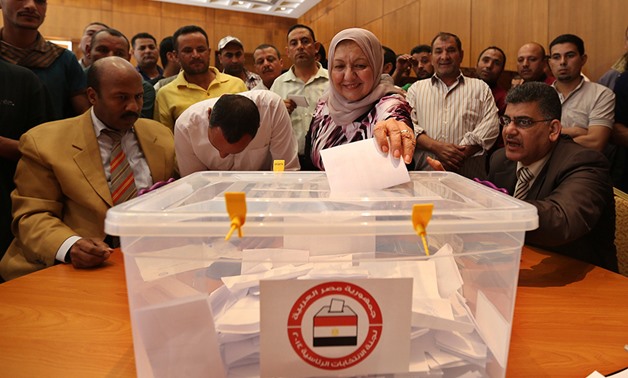 Egyptians went to polling stations Saturday morning  to vote in the first phase of the new House of Representatives elections, slated at home for Saturday and Sunday.

Almost 4,000 individual candidates and eight coalition lists are competing over 568 seats in this election. Half the seats will be filled through the individual candidacy system and the rest through party lists.

According to the National Elections Authority (NEA), 10,240 polling stations will be open during this stage. The results of the first round of voting are expected in the coming week. and run-off rounds will take place on 23-24 November.

The second phase will see a first round on 7-8 November and run-offs on 7-8 December.

A total of 284 seats will be up for grabs in the first stage, with half — 142 seats — allocated to individual candidates, and the other half to party lists.

There will be two party list districts in the first stage: the North, Middle and South of Upper Egypt (100 seats) and the Western Delta (42 seats).

The polls will be supervised by 11,000 judges, and local and foreign media, human rights organisations and candidate representatives will be able to monitor the voting.

The Egyptian army and police have finalized preparations to secure the polls.

Elections for the lower house of parliament typically attract more Egyptian voters than elections for an upper chamber.

Elections for the recently re-established upper chamber, the Senate, were held this summer. According to the NEA’s official numbers, only 14.23 percent of eligible voters participated in the initial voting, while 10.22 percent participated in the run-off rounds.