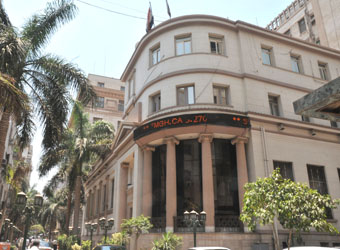 As pursuant to the new tax, the investor shall pay one Egyptian pound for every transaction that exceeds one thousand pounds.

Following the announcement of the government’s decision, the bourse chairman Dr. Mohamed Omran said on Tuesday a statement to the official news agency MENA, the EGX is conducting a comprehensive study that will be submitted after its completion to the country’s prime minister within this week. The study will be about the impact of the decision and will also tackle the expertise of other countries in imposing similar taxes on their bourses’ transactions.

Omran further added that there are a very limited number of countries around the world which have imposed taxes on their bourses transactions. However, in these countries, the foreign transactions are excluded from such tax.

Mohsen Adel, Vice Chairman of EG-Finance, said  such a tax is totally unsuitable for the current period and will likely discourage investors who will shy away from trading.

Adel added that the EGX is currently suffering from investors’ reduced appetite as well as the lack of liquidity driven by the political turbulence.

Furthermore, Adel referred that the economic return from imposing such tax will be remarkably humble as it will not exceed EGP 200 million yearly. The government ought to create powerful incentives to invest in the EGX instead of adopting decisions that will drive the investors to abandon the market.

Stock highest close during the week came on Sunday at EGP 264.87.

On Sunday, OCI N.V. announced that as of the latest filings on 21 February 2013, GDR holders holding a total of 156,722,280 GDRs (being 99.0% of Orascom Construction Industries’ GDRs and representing 75.7% of total shares outstanding) have accepted the offer to exchange their GDRs for OCI N.V. shares.

Trading of OCI N.V. shares on the NYSE Euronext in Amsterdam began on 25 January 2013.

OCI N.V. has confirmed that the Offer is wholly-unconditional.

Holders of GDRs that did not tender in the Offer are still entitled to surrender their GDRs to the depositary and receive delivery of the ordinary shares in Orascom Construction Industries represented by their GDRs.

On Thursday OCI N.V.’s wholly-owned subsidiary Iowa Fertilizer Company (IFCo) has announced that its Engineering, Procurement and Construction (EPC) Contractor, the OCI Construction Group (OCIC), has awarded a construction contract valued in excess of US$ 60 million to Matrix Service Inc.

The company added, in a release sent to Arab Finance that, the contract requires the engineering, fabrication, and erection of the tank structures for two double containment ammonia storage tanks and three urea ammonium nitrate storage tanks, to be located within the boundary of the IFCo plant facilities.

Consistent with IFCo’s commitment to maximizing local job creation, Matrix Service Inc. has stated that the firm will spend an estimated 20% of the total contract value on direct expenditures in the Southeastern Iowa economy.

Also on Thursday, Anadolu Agency reported that Palm Hills and OCI signed a EGP 400 million ($ 57.2 million) contract to complete phase construction of one of Palm Hills’ projects in 6th of October City.

An official source in Palm Hills, who demanded anonymity, stated that this contract is included in company’s expansion plan and to prove its commitment before clients as well.

He added that, the contract was signed three days ago in order to finalize the sixth phase of the project.

Stock lowest close during the week came on Sunday at EGP 38.

Local investors were the most active buyers this week earning the value of EGP 20,401,974.

Foreign investors were most active sellers this week by the value of EGP 19,111,207.

Apple Award Cut With New Trial For Some Samsung Products