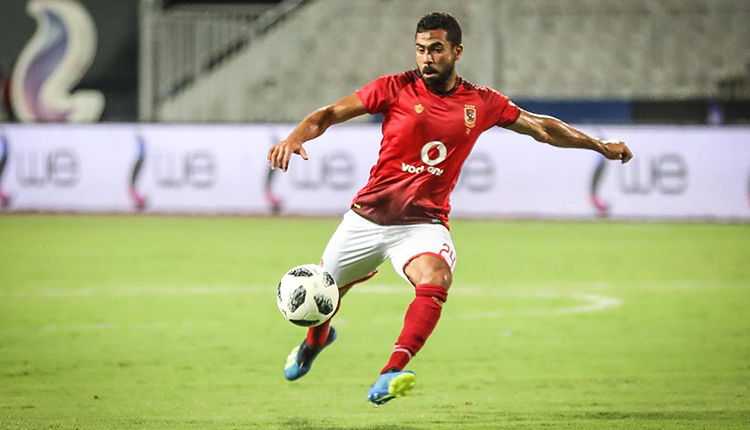 Ahmed Fathi, one of Egypt’s most consistent performers, has completed a free transfer to Pyramids FC after opting not to renew his contract with Cairo giants Ahly, the big-spending club told Ahram Online on Saturday.

“It’s happening. Welcome with us the Joker of Egyptian football,” Pyramids said on their Twitter account, using a playing card nickname that has long been associated with Fathi due to his versatility.

Early this month, the solid right-back, who can also operate as a left-back or defensive midfielder, turned down Ahly’s offer to extend his contract, which runs out at the end of the season.

Reports said the 35-year-old was not satisfied with Ahly’s financial offer as Pyramids seemed ready to offer him a more lucrative deal, although he admitted his career is reaching its twilight.

Pyramids, who reached the African Confederation Cup semi-final on their maiden continental appearance this season, did not specify the length of the deal.

Fathi, who was reportedly offered EGP 11 million per season to extend his Ahly contract, joined the Red Devils in 2007 from English Premier League club Sheffield United.

The former Ismaily man established himself as one of Ahly’s key players and most reliable performers, helping them to a host of titles and scoring 24 goals in 338 appearances in all competitions.

He was specifically lauded for his impressive defensive abilities and he also had notable contributions in the final third, scoring a decisive goal which rescued Ahly’s league campaign in 2009 and netting a precious winner in the Egypt Cup final against Masry.

Fathi, who won the African Cup of Nations three times with Egypt in 2006, 2008 and 2010, won 17 titles with Ahly, including nine Egyptian league crowns, three African Champions League trophies and one Confederation Cup accolade.