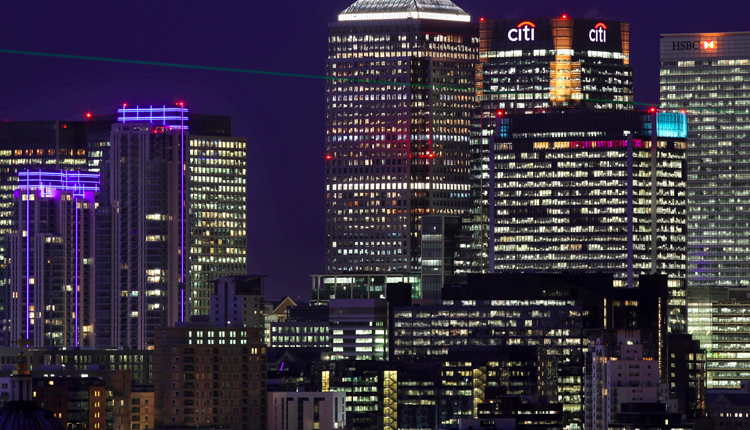 Banks that move some of their business and staff out of London to cities scattered across Europe after Brexit could be taking on extra risks and costs without being sure of boosting revenues.

Several of the world’s biggest banks are in the process of relocating a number of staff who deal directly with clients and some back-office functions as Britain prepares to leave the European Union next March.

The banks, which include JP Morgan , Goldman Sachs , Citi, Morgan Stanley and Bank of America , plan to “fragment” their operations by expanding or launching services in more than just one city.

While beefing up operations in traditional financial centres such as Frankfurt, Luxembourg and Paris, they are also seeking to expand in cities such as Madrid, Milan, Berlin and Dublin.

Playing down the links with Brexit, the banks say the moves will bring them closer to clients and cut the costs of concentrating their operations in expensive London.

But the rush to set up offices in continental Europe has been mainly triggered by the fear of losing the benefits of EU “passports”, which remove internal borders and allow banks operating in London to serve clients across the bloc.

“It is an enforced change in strategy. If Brexit wasn’t happening, would we be doing all this? No, of course we wouldn’t. And neither would anyone else,” said an insider at a large U.S. bank.

“Does it get you closer to clients? Yes, of course it does. But people are trying to make a virtue out of a necessity,” said the insider, who declined to be named because of the sensitivity of the subject.

It is not clear how much the fragmentation strategy will cost the industry or each individual bank, partly because each subsidiary will need its own pool of capital, the size of which will depend on what business activities and staff it needs.

But research by Deutsche Bank suggested non-EU banks that until now have used Britain as a gateway to serve EU clients may have to allocate an aggregate 35-45 billion euros (£31-40 billion) of capital to turn EU branches into subsidiaries.

Reuters reported in July that British lender Lloyds Banking Group  was planning to operate from three separate European subsidiaries after Brexit. Its decision underscores the vast reorganisation that even banks with relatively small continental interests are having to undergo.

But some experts question whether moving out of London will have any financial benefits.

“The economics will pull everything back here before long. A lot of money could be wasted in discovering that,” said Barney Reynolds, head of financial institutions at Shearman & Sterling.

Some bankers say splintering complex businesses across multiple cities will make financial services such as trading and debt issuance more expensive for European companies, governments and investors. The region as a whole may suffer, they say.

“If you were a theoretician, you would say that one centre in Europe that is dominant would probably be more effective than a fragmented approach,” John McFarlane, chairman of Barclays and lobby group TheCityUK, told Reuters.

Hundreds of staff could move from Britain. Barclays is shifting up to 200 roles to Frankfurt and Dublin as part of its Brexit planning, while HSBC is preparing to relocate up to 1,000 roles to the continent.

“Brexit, naturally, will dominate how financial services firms manage their organisations at least for the short term, drawing on budgets and taking resources away from other areas of focus,” said Shankar Mukherjee, Financial Services Partner at consultancy EY.

“The impact will likely be felt on incremental capital requirements, as well as the ongoing costs of supporting multiple legal entities. We expect that this will pose questions around the ongoing profitability of certain business lines within Europe, particularly for smaller firms.”

Earlier this year, Synechron Business Consulting Group estimated it would cost an average 50,000 pounds ($64,000)to relocate a single employee to a European city. This excluded IT expenses, the costs of regulatory permissions or licenses or the capitalisation of the new business hub.

Several banks say redistributing London-based staff to cheaper European cities will help them curb costs. But new offices leased by Bank of America in Paris’s fashionable 8th arrondissement or Goldman Sachs’s in Milan’s historic centre do not look like moves made on a shoestring budget.

“They say they are playing catch-up on moving expensive back-office operations outside London but I don’t think anyone had such a significant outsourcing plan before Brexit,” the bank insider said.

Any competitive advantage banks hope to gain by launching offices or expanding in multiple continental cities could quickly disappear if rivals do the same a few streets away.

“It is a zero-sum or slightly negative-sum game,” said Chris Dyer, Director of Global Equity at Eaton Vance, an investor in Goldman Sachs, JP Morgan and Morgan Stanley.

“The banks may realise some benefits but at a cost. Having people in one location has benefits in terms of information flow and relationships. The banks will have to be more thoughtful about capturing and distributing information on clients, markets and risks across the expanded employee footprint,” he said.

Turkey has not signaled desire for IMF aid: Fund spokesperson