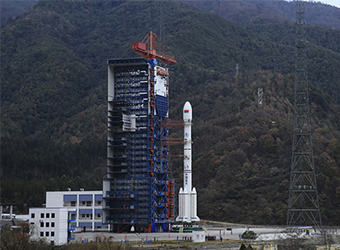 Belarus may invite private companies from Russia, Singapore, and Egypt to help create BKA-2, the high-resolution satellite for the remote sensing of Earth, BelTA learned from Piotr Vityaz, Head of the Office of the National Academy of Sciences of Belarus (NASB).

Piotr Vityaz reminded that there are plans to use private investments to create the BKA-2 satellite. “Private companies, primarily international ones, show an interest in the project.

First of all, we are working on commercial financing options with Russia and Singapore. There is an interest in Egypt, too,” said the academician.

The Head of the Office of the National Academy of Sciences of Belarus remarked that Belarus had already started making the second satellite.

“As far as the technical specifications are concerned, we started working on it a long time ago and have approved all the parameters with our partners both in Belarus and Russia,” he explained.

The project’s financing has not begun yet. “The documents have not been signed officially yet. We have yet to determine financing sources. I hope we will do everything this year,” said Piotr Vityaz. BelTA reported earlier that the BKA-2 satellite will be made using the manufacturing cooperation schemes that were utilized to make BKA-1.

The Russian side will be represented by VNIIEM Corporation. The core equipment will be made by the Belarusian company Peleng. The BKA-2 satellite will allow making topographic maps with the 1-10,000 scale.

The product can then be used for various land cadaster tasks.

Trump presses China on North Korea ahead of Xi talks