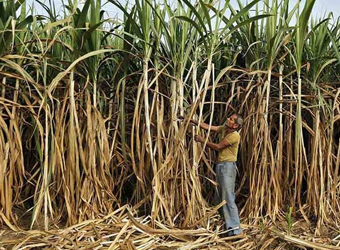 It is sugarcane harvesting season again, and negotiations between government officials, representatives of farmers, and sugar companies about the delivery price of sugarcane have been heated.

Abdallah Al-Shafei, a former head of the Sugar Crops Research Institute, an affiliate of the Ministry of Agriculture and land reclamation, told Al-Ahram Weekly that he hoped an agreement on prices could be reached soon.

The farmers have requested an increase in the price of the sugarcane which they deliver to state-owned companies from 620 Egyptian pounds to 850 pounds per tonne.

The Farmers Syndicate has produced a study explaining in detail that the cost of growing sugarcane has surged due to the high prices of fertilisers and other production needs, showing that the current price is unfair to farmers.

The study highlighted the fact that 500,000 families depend on growing sugarcane as a source of income.

The parliament’s Agriculture Committee has supported the farmers’ request in a memo presented to the government asking for the price to be increased to 850 pounds per tonne. The memo explains that the total cost of growing sugarcane is estimated at 26,000 pounds per feddan, which means last year’s price of 620 pounds per tonne is unfair to farmers.

However, the government has refused the increase, fearing it will expand the budget deficit and result in higher prices for consumers. It has offered to increase the price of sugarcane from between 700 pounds to 750 pounds per tonne.

While the farmers have the right to ask for an increase in the price since sugarcane is their only source for income, the government should also consider the repercussions of any increase in procurement prices on the prices paid by the consumer, Al-Shafei said.

“Ten tons of sugarcane produce one ton of sugar, so if prices increase to 850 pounds per tonne then the cost of one ton sugar will be 8,500 pounds in addition to the prices of the necessary electricity, natural gas, labour and transportation to produce it. This means that the price of sugar will increase to around 15 pounds per kg,” he added.

A meeting was recently held between representatives of the sugar companies, members of the Agricultural Cooperative for Sugarcane Producers, and Ahmed Mustafa, head of the Sugar Crops Research Institute, at which the farmers refused an offer from the companies to increase price to 700 pounds per tonne.

In response, Minister of Agriculture Abdel-Moneim Al-Banna ordered the formation of a committee including experts from the Sugar Crops Research Institute to suggest a fair procurement price for farmers. The committee is studying the issue and will present its proposals soon in order to put an end to this problem.

Al-Shafei blamed the farmers for refusing even a price of LE850 per ton of sugarcane. “The farmers’ insistence is illogical because they need to take into consideration the fact that the international price of refined sugar is currently 3,750 pounds per tonne,” he said.

He said that while farmers had the right to a suitable income, it was not feasible to increase the procurement price every year by LE200 per ton solely because of high inflation rates.

He said the farmers were the “weakest link” in the production chain and the government should give more attention to them. It should compensate farmers in an indirect way, he suggested, for example by improving social insurance schemes.

This would be in addition to helping them to reduce production costs by introducing new harvesting and irrigation techniques, since these represent 30 per cent of sugarcane cultivation.

The total area planted with sugarcane in Egypt is 325,000 feddans, the majority of which is in Upper Egypt. The production of 255,000 feddans is acquired by eight state-owned sugar companies, while the remainder is used to produce syrup.