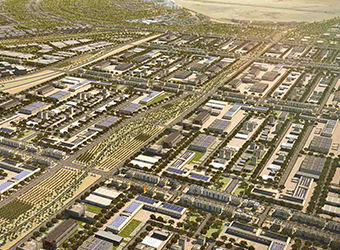 During a meeting with Presidential Adviser for National Projects Ibrahim Mahlab, Mamish said that the SCA signed 23 contracts with investors in the past six months.
He added that investors’ pending problems have been solved.

Mamish said that the SCA signed agreements with six international and domestic companies and handed over land plots worth dlrs 8 billion to investors in Ain Sokhna.

He added that implementation of projects is set to be started during the current year.

Mahlab and Mamish also toured Sonker bulk-liquids terminal in the third basin in Ain Sokhna port that will help supply Egypt with its needs of Liquefied Petroleum Gas (LPG).

Mahlab said that Sonker plant is a comprehensive logistic platform at the Red Sea to secure oil supplies, stressing that coordination is underway with the Petroleum Ministry to cope with the latest technologies, global standards and occupational safety.