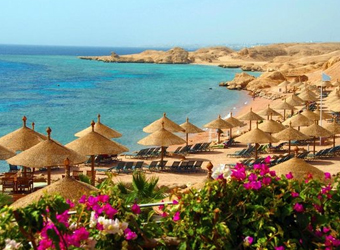 Bloomberg website chose Egypt among 20 tourist destinations worth visiting in 2017, saying that after years of political turmoil, the country was now ready to receive tourists.

“Want to get the pyramids all to yourself? Now’s the time to go to Egypt, which has shed its years of social and political unrest but has yet to regain the crowds that long plagued its iconic sights”, the report reads.

“Locals are now more inclined to talk about their lives, hopes, and fears,” said Geoffrey Kent, founder of luxury tour operator Abercrombie & Kent, which is launching two itineraries in Egypt in 2017.

He added that Egypt currently has better offers for tourists than ever before.

Several international companies inaugurated hotels in Egypt having tight security and safety procedures, and some Nile cruises between Luxor and Aswan were launched, the report said.

The Egyptian government opened the cemeteries of Queen Nefertari and Pharaoh Seti I, after years of closure due to renovation, the agency added in its report.

According to Bloomberg, March is the best time of the year to visit Egypt due to relatively cheap offers. However, it warned of visiting the country in August when very hot weather prevails.

Green light given for resumption of Irish beef exports to Egypt