Green light given for resumption of Irish beef exports to Egypt 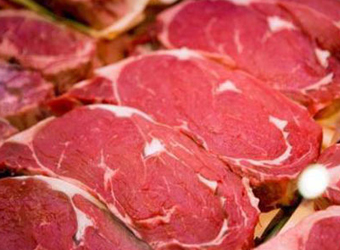 Exports of Irish beef to Egypt are to resume after a 17-year gap, the Department of Agriculture has confirmed.

Five Irish plants have been approved to commence exports to the country shortly following an agreement reached between Egyptian authorities and the department. The agreement also includes approval for exports of beef offals and a limited approval for particular types of sheepmeat products

The announcement follows on from the opening of the Egyptian market to live Irish cattle last February, after an inspection visit by the Egyptian ministry of agriculture to the Republic.

Egypt is the largest consumer market in the Middle East and North Africa with around 95 million consumers. It is the third biggest destination for Irish agri-food products to Africa with exports of €45 million in 2015, of which €30.5 million was for dairy products and €11 million for seafood.

A ban on exports of beef from Europe resulting from the BSE crisis was imposed by Egyptian authorities in the late 1990s, with the last exports being sent from Ireland the following year.

Prior to the ban, Ireland’s beef trade with Egypt was worth about IR£200 million (€254 million).

“I am delighted to see the Egyptian market reopened for Irish beef once again given the size of the potential market there. We know that prior to their ban on EU beef in the late 1990s it was one of the largest markets for Irish beef at the time,” he said.