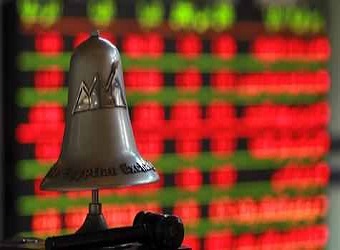 The market capitalisation recorded 611.726 billion pounds during the closing session of Sunday.

On Sunday, the bourse’s trading volume has reached 288.775 million securities, with turnovers closed at 1.004 billion pounds, exchanged through 28,658 thousand transactions.

Also during the closing session, 168 listed securities have been traded in; 77 declined, 57 advanced; while 32 kept their previous levels.

Arab and non-Arab investors were net buyers on Sunday getting 9.3 percent and 11.42 percent respectively of the total markets, with a net equity of 44.673 million pounds and 75.302 million pounds, respectively, excluding the deals.

On the contrary, Egyptian investors were net sellers seizing 79.29 percent of the total market, with a net equity of 119.976 million pounds, excluding the deals.