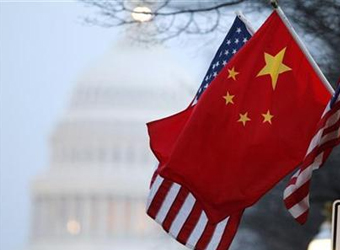 Chinese state media has warned the US against deviating from the one-China policy, hours after the Taiwanese leader stopped briefly in Houston.

But a spokeswoman for President-elect Donald Trump said on Saturday neither he nor his team would meet Ms Tsai.

China reacted angrily when Mr Trump spoke to Ms Tsai by telephone late last year, in a major break from the past.

No US president or president-elect had spoken directly to a Taiwanese leader for decades.

In an editorial the Global Times, a state-run tabloid, said Beijing need not feel “grateful” to Mr Trump for not meeting Ms Tsai, because the one-China policy was the foundation of Sino-US ties.

“Sticking to this principle is not a capricious request by China upon US presidents, but an obligation of US presidents to maintain China-US relations… There is no room for bargaining.”

In a statement Sen Cruz, a senior lawmaker who ran against Mr Trump for the Republican nomination, said the two discussed “arms sales, diplomatic exchanges, and economic relations”.

He said lawmakers in Houston had been asked by Chinese diplomats not to meet Ms Tsai but stated: “We will continue to meet with anyone, including the Taiwanese, as we see fit.”

Ms Tsai will also stop in San Francisco on her way back from Central America.

Beijing regards Taiwan, which has governed itself for decades, as part of China. It insists that countries with whom it has diplomatic ties do not recognise Taiwan under its one-China policy.

The US recognises Beijing, but is also Taiwan’s most important ally and provides Taiwan with sufficient weaponry to defend itself.

Mr Trump’s decision to accept Ms Tsai’s phone call raised concern in Beijing that he planned to deviate from the policy.