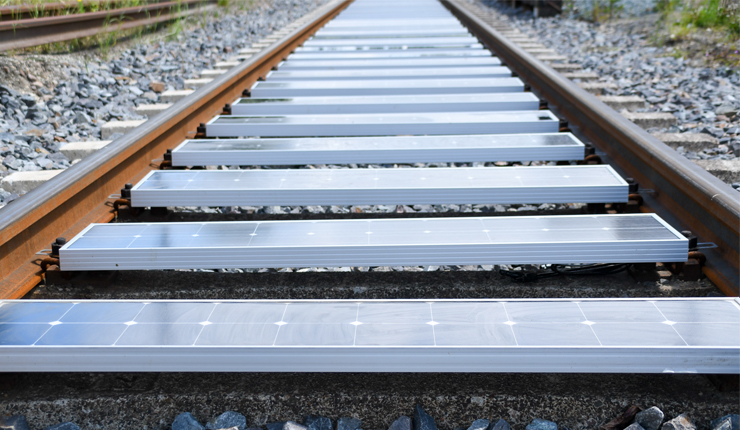 The German route network is 33.000 kilometers (approximately 60.000 kilometers), electricity generation is ideally comparable to that of five nuclear power plants.

This construction could generate an average of 0,1 megawatts of electricity per kilometer, Bankset added.

Bankset company said the space between the rails provides a good place for the PV modules.

In a test section, the solar panels attached to the sleepers between the rails.

The roofs of train stations or noise protection walls along railway lines also offer a lot of potential space for the installation of solar panel sleepers photovoltaic systems.

According to Deutsche Bahn, it is not yet clear whether such electricity generation will actually be implemented.

Gold prices in Egypt on July 6