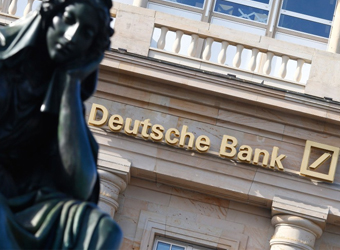 Deutsche Bank has reached a $220 million settlement with 44 states and the District of Columbia who say the German lender manipulated interest rates at the expense of local governments, California’s attorney general announced Wednesday.

The settlement adds to a list of hefty payouts Deutsche Bank and other giants have racked up amid a five-year scandal over manipulation the London Interbank Offered Rate, which governs credit costs around the world.

“During the financial crises, Deutsche Bank was consumed with increasing its profits at the expense of Californians,” California Attorney General Xavier Becerra said in a statement.

“They manipulated interest rates hoping to turn a quick profit. In the process, they left government entities and non-profits in California hanging out to dry.”

The settlement followed an investigation led by the California and New York attorneys general, also involving authorities from 42 other states and the US capital.

Earlier this month, Deutsche Bank joined Citigroup and HSBC in settling a Libor-related class-action lawsuit for $132 million. And in June the bank settled with other plaintiffs for $170 million over alleged manipulation of Euribor, a different lending average.

A US court in March ordered a Deutsche Bank unit to pay $150 million as part of a global $2.5 billion Libor manipulation settlement reached in 2015 with authorities in Washington, London and New York state.

Egypt’s Ezz Steel expects demand to pick up in 2018