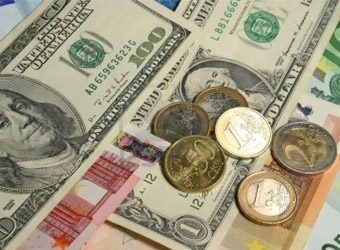 Dollar started the week on the back foot on Monday, after U.S. data showed a smaller-than-expected rise in wages in January that reinforced expectations the Federal Reserve will refrain from raising interest rates next month.

The dollar index- which tracks the greenback against a basket of six major rivals- drooped 0.2 percent to 99.688, moving back toward last Thursday’s low of 99.233, which was its weakest since mid-November.

The U.S. currency slipped 0.2 percent against the yen from Friday’s late North American levels to 112.36 yen, retreating toward last week’s late-November low of 112.05.

While the headline figure of Friday’s nonfarm payrolls report for January showed a greater than expected rise in job growth, the unemployment rate edged up and wage growth was disappointing. That implied inflation would not attain a pace that would prompt the U.S. central bank to raise interest rates soon.

Fed fund futures priced in a less than 10 percent chance of a rate hike in March after the jobs data on Friday, according to the CME Group’s FedWatch. The chance of a June increase was seen at more than 60 percent.

The Fed, which raised rates in December, has forecast three rate increases this year.

Whether it sticks to that pace depends on labour market strength as well as if U.S. President Donald Trump’s stimulus steps succeed in boosting growth and inflation.

Still, San Francisco Fed President John Williams said on Friday that the Fed can prepare to raise interest rates this year without knowing details of any new U.S. fiscal policies because inflation is firming and the labour market looks good.

While Trump’s immigration curbs and renewed sanctions on Iran grabbed most attention, he also on Friday ordered reviews of major banking rules that were put in place after the 2008 financial crisis.

Financial markets took this as a signal that looser banking regulation is ahead.

“Trump’s comments sometimes make us puzzled, and we always have to wait for the details to see what he means,” said Kaneo Ogino, director at foreign exchange research firm Global-info Co in Tokyo.

“The dollar’s upside is a bit heavy, but there are still people buying on dips, so range trading is likely to continue this week,” he said.

Speculators trimmed their bullish dollar bets for a fourth straight week through January 31, with net long positions falling to their lowest since late October, according to data from the Commodity Futures Trading Commission released on Friday and calculations by Reuters.

Market participants and observers said that the yen could get a lift from seasonal repatriation flows as Japanese corporations bring home profits ahead of the close of Japan’s fiscal year at the end of March.

While the repatriation trend isn’t evident every year, and its effects have waned as many exporters have moved manufacturing operations offshore, it can still be a factor weighing on the dollar.

“The yen typically strengthens this time of year, so we could see the dollar push toward 110, though after that, it will probably strengthen again,” said Mitsuo Imaizumi, chief currency strategist at Daiwa Securities in Tokyo.

Adding to the smaller-than-expected rise in U.S. wage growth, concerns about the potential impact of Trump’s policies also dampened the dollar’s outlook.

Investors fretted that his protectionist trade policies and statements about other countries’ currency manipulations would offset any dollar lift from his stimulus policies and deregulation.

“The verbal intervention by the new U.S. administration and the unexpected weakness in wage growth may be factors extending the correction,” Marc Chandler- global head of currency strategy at Brown Brothers Harriman in New York- said in a note.

“Nevertheless, we continue to view the dollar’s pullback as corrective in nature and not the end of the bull run, and still see the macroeconomic considerations falling into place for a resumption of the underlying bull market,” Chandler said.

The Australian dollar slipped as retail sales for December came in below expectations.

The Reserve Bank of Australia (RBA) is widely expected to hold policy steady at its rate-setting meeting on Tuesday, after it cut rates twice last year.