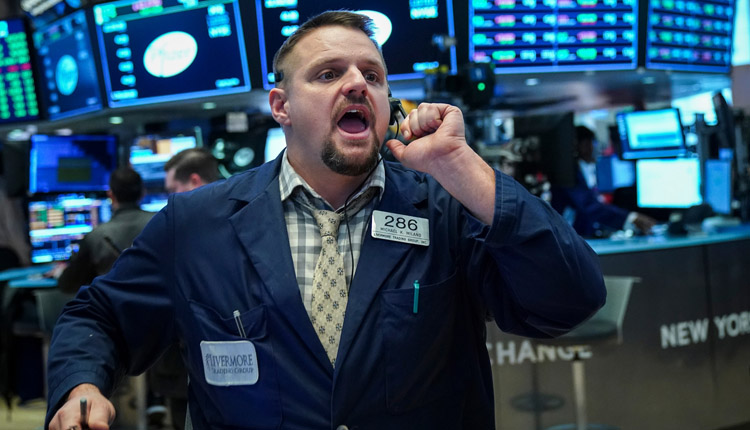 The major indexes were lifted well off their lows in the final minutes of trading. That surge helped the Dow and Nasdaq notch their seventh straight weekly gains. The S&P 500 also posted a small gain for the week.

The Wall Street Journal reported on Friday that the two countries have not yet put together a draft on the matters they agree or disagree. The report comes as a key early March deadline approaches. It also follows President Donald Trump saying on Thursday he will not meet with Chinese President Xi Jinping before that deadline. White House economic advisor Larry Kudlow also said there is a “pretty sizable distance to go” before China and the U.S. reach a deal.

“The fear factor over the trade war has crept back into the market,” said Peter Cardillo, chief market economist at Spartan Capital Securities. “That’s going to send the market for a bumpy ride.”

“We’re probably looking at a more defensive situation until we have more clarity on the trade negotiations,” Cardillo said.

Meanwhile, the European Commission on Thursday sharply downgraded its forecast for euro zone economic growth in 2019 and 2020, rekindling fears that the global economy may be slowing down.

“If the economy was stronger, these trade talks wouldn’t be as concerning,” said Benjamin Lau, chief investment officer of Apriem Advisors. “We think the economy is going to weaken a little bit here but … we’re still pretty optimistic about the future.”

The rising uncertainty around U.S.-China trade relations and the growing worries over the global economy coincide with a deteriorating earnings outlook for 2019.

Earnings for the first quarter of 2019 are expected to contract by more than 1 percent, according to data from FactSet. If earnings do fall, it will be the first profit contraction for the S&P 500 since the second quarter of 2016, when they fell 2.52 percent.

“Whether the pain trade of a grinding advance in equities will persist or falter, much depends on upcoming economic and earnings data, whether protectionist tensions improve/worsen and if the bond market stays calm,” strategists at MRB Partners wrote in a note.

“The technical outlook for equities looks positive, although many indexes are now approaching resistance levels. There seems to be a moderate number of investors waiting for a correction in order to add positions, which contrarily usually means that the dips will be brief,” they said.