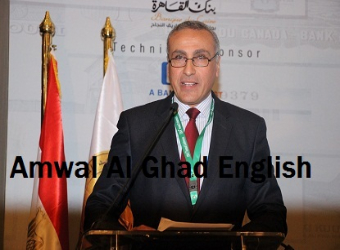 The Federation of Egyptian Banks announced a week earlier it would allocate 100 million pounds for the second phase of a project to develop and upgrade the informal areas in Helwan, a southern suburb of Cairo.

The Federation signed Thursday a cooperation protocol with the Department of Military Works of the Armed Forces Engineering Authority and Cairo and Giza governorates. The protocol is designated to develop the infrastructure and boost human development in Helwan, Badrashin, and Manishiet Al Qanater.

The banking sector in Egypt has come together to face the problem of slums, not only through financial support, but also by providing experts and balanced development, the federation’s chairman Hesham Ezz El Arab said.

This comes out of the banking sector’s belief that the development of slums is the key to activate sustainable development, Ezz El Arab added.

The new cooperation protocol with the governorate of Cairo includes the provision of 100 million pounds to pave and develop some vital roads in the unplanned areas in Helwan, next to establishing a school complex and upgrading some of the existing schools with 77 million pounds. The protocol also includes 10 million to establish a medical centre to provide service for the citizens.