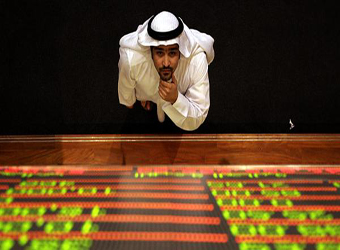 Most Gulf stock markets inched down on Sunday’s early trade after global oil producers agreed on Thursday to extend cuts in output by nine months to March 2018. Trading volumes were thin, partly because of the start of the holy month of Ramadan.

Many in the markets had been hoping for stronger action by OPEC to push up oil prices, such as a deal to deepen the production cuts or extend them further until mid-2018.

Saudi Arabia’s stock index dropped 0.4 percent during the first 45 minutes in a broad-based decline, with 120 shares falling and 13 gaining.

In Dubai, the index slipped 0.6 percent although builder Drake & Scull climbed 0.9 percent to 0.343 dirham, rebounding from near technical support on its January 2016 low of 0.291 dirham.

Retail and restaurant investor Marka rose 1.8 percent in very thin volume after it appointed Benoit Lamonerie, whom it described as a 20-year veteran of retail and hospitality projects, as chief executive. The previous CEO resigned last December.

Qatar’s index was 0.6 percent lower as Ezdan Holding, the most heavily traded stock, sank 4.4 percent. On Thursday it had plunged 10 percent after the company’s shareholders gave preliminary approval to take it private.