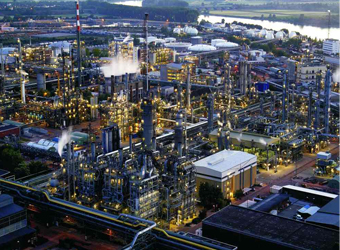 Egypt plans to increase its exports of chemical industries to Morocco up to 50 percent by the end of the current year, owing to an ambitious scheme to double exports to Africa.

The Egyptian Chemicals and Fertilizers Export Council is targeting around $140 million in exports to Morocco by the end of 2017, and $200 million by the end of 2020, said the council’s executive director Waleed Azab on Thursday.

In 2016, exports to Morocco recorded $94.6 million, Azab stated on the sidelines of the 7th International Exhibition for Plastic – Plast Expo, which is being held in Casablanca between April 5th and 8th.

“The council will announce the value of the contracts signed by 28 Egyptian companies taking part in the exhibition on April 8th,” Azab said.

This comes in line with the council’s strategy to expand its exports into 18 African markets in the coming four years, the Egyptian official added.

“The council is planning to take part in four major exhibitions in Africa within the current year and to organise new trade missions, … the first will be to Ethiopia by the end of this April, in addition to others to Senegal, Côte d’Ivoire, and Ghana within the fourth quarter of 2017.” Azab stated.