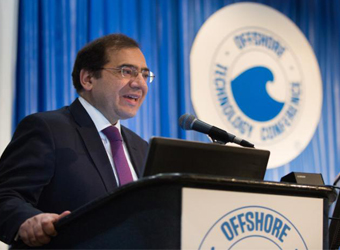 Egypt’s petroleum ministry said it signed in 2015/16 eight agreements with six international and local companies to search for oil and gas reserves in the Mediterranean, the Western Desert, the Gulf of Suez and Upper Egypt, with total investments worth $709 million.

The ministry said in a Sunday statement that the agreements also include drilling 33 new energy wells.

The ministry also highlighted that it has succeeded in increasing the natural gas production per day to around 4.45 billion cubic feet of gas by accelerating the search for natural gas reserves in the Mediterranean.

“We offered two international tenders to the Egyptian General Petroleum Corporation (EGPC) and the Ganoub El-Wadi Petroleum Holding Company (Ganope) to attract new investments to intensify the search for oil and gas and increase their production,” the statement read.

“The EGPC tender resulted in six deals in six locations with a minimum investment of $200 million… while Ganope is still receiving tender offers for oil and gas.”

In early December, Egypt announced that it accepted investment offers in oil and gas drilling and exploration worth $200 million from companies including Shell, British Petroleum, Apache and Apex.

According to the statement, the consumption of petroleum and gas products at international prices during the 2015/2016 fiscal year registered at EGP 279 billion, while the cost of providing the fuel to consumers reached EGP 181 billion.

The revenue of the subsidised products in the local market amounted to EGP 130 billion, while the subsidies of the petroleum and gas products cost EGP 51 billion.

In early November, following the floatation of the Egyptian pound, the petroleum ministry announced further cuts to fuel subsidies.

The move came as part of the government’s plan to slash its total subsidy bill in the new budget by 14 percent to reach EGP 130.1 billion in the 2016/17 fiscal year.

Egypt embarked on a fiscal reform programme in July 2014 in an attempt to curb the growing state budget deficit – 12.2 percent of the GDP – through cutting subsidies and introducing new taxes including the value added tax.

Egypt’s economy has been struggling since the 2011 uprising, with a sharp drop in tourism and foreign investment, two main sources of hard currency for the import-dependent country.

Dollar dips vs. yen after U.S. yields pull away from highs