Egypt’s firms obliged to label all food products with prices by January: minister 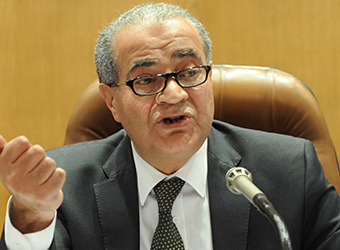 The statement follows decree issued by Moselhi in October 2017 obliging all food companies to print a clear, inerasable price label on all products before the 31 December deadline for dealers to sell any unlabelled products.

The decision aims to better regulate Egypt’s internal food market in line with wider economic reforms, and applies to companies that produce food products locally as well as those that package imported products.

Moselhi directed the relevant sectors of his ministry to begin the guidance application of the decree in January, with intensifying awareness campaigns and auditing of stores, and notifying merchants of any violation.

The decree prohibits dealing with un-priced products anywhere on the supply the line; whether in retail, packing or distribution.

It also imposes penalties on those who violate the law with one to five years in prison and a fine between 300 pounds and 1,000 pounds, in accordance with Article 9 of the compulsory pricing and profit regulation law.

The minister also stressed the prohibition on the circulation of goods or objects that have no documented source.

Moselhi highlighted that price tags and tax bills are the main mechanisms for regularizing the internal trade sector of the economy, which represents between 17 percent and 20 percent of the Gross National Product in regular cycles.

In November 2016, Egypt floated its currency, slashing the value of the pound by half and triggering heavy inflation.

However, Egypt’s annual urban consumer price inflation fell to 26 percent in November from 30.8 percent in October, according to the official statistics agency CAPMAS .

Egypt has been pushing ahead with a series of austerity measures, including fuel and electricity subsidy cuts, to help ease the country’s gaping budget deficit.