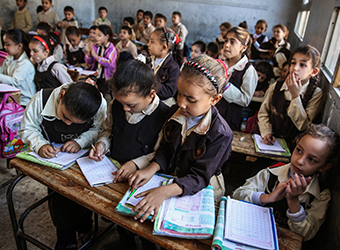 The timetable for the 2017/18 academic year was set on Saturday at a meeting of the High Board of Pre-college Education and education minister Tarik Shawky.

In August, Shawky announced that starting the upcoming school year, the ministry will be cancelling the Primary Education Certificate as part of a plan to reform the nation’s primary education system.

Students will no longer receive a certificate when they complete the sixth year of primary school, and will only receive a diploma upon completing high school.

The ministry recently announced that starting the 2018/19 school year, high school students will be graded on a Grade Point Average (GPA) system instead of the current system where they are graded solely on end-of-year exams.