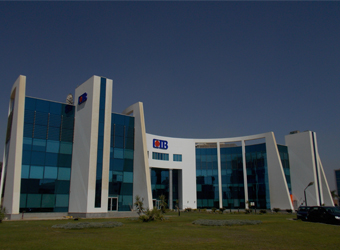 The Euromoney Awards for Excellence, now in its 26th year, is the oldest and the most prestigious award in the global financial publishing industry. It recognises banks that show their excellence introducing special offers to their customers and in achieving best-in-class financial performance, without necessarily being global in scale.

“It (CIB) is an institution posting high returns, with steadily increasing net income, while at the same time maintaining exceptional risk management and liquidity and stellar efficiency (its cost-to-income ratio is around 25%).” Euromoney said in a statement.

“With a capital-adequacy ratio of 14%, CIB recorded a return on equity of 34% in 2016, higher than any other top-tier lender in the region. Its return on risk-weighted assets is also the highest in the Middle East, according to analysts at Arqaam.”

“The bank retains a solid hold on the local corporate banking market, from project finance to transaction services, a legacy of its past as Chase National Bank. But CIB is furthering a shift to what it sees as its core businesses for the future – principally retail banking, where it already counts around 1 million customers. This year, it made further progress in the strategy with the sale of a majority stake in its investment banking arm, CI Capital, even if that was already largely operationally independent.”

“This is another momentous testimony, not only for CIB’s consistent growth and performance, but to the outstanding capabilities, strength, and stability of the entire Egyptian banking sector.” CIB’s chairman and managing director Hisham Ezz al-Arab said.

In 2016, CIB was also named the best bank in Egypt in 2016 by Euromoney in terms of profitability, revenues, market capitalization, and deposits market share.