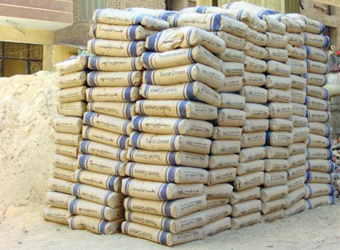 South Valley Cement Company (SVCC) reported Sunday a 53 percent fall in its first quarter profits , due to increased costs and a decline in the re-evaluation of profits from investments.

The company noted that the re-evaluation of its profits from investments, which are estimated based on the fair value, fell to 282,000 pounds, from 19.9 million pounds.