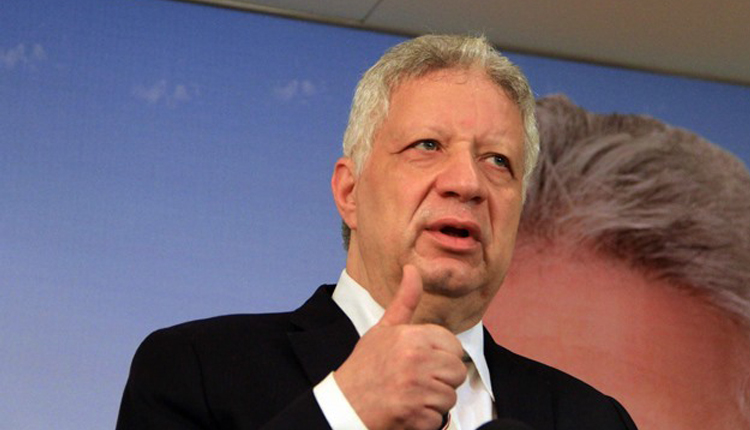 Egypt’s Zamalek President Mortada Mansour has been suspended from football activities in three matches and fined 100,000 Egyptian pounds ($6,234) as a disciplinary measure, the Egyptian Football Association (EFA) said on Tuesday.

“Mansour’s ban comes after his insulting statements against the head of the refereeing committee and the referee of Zamalek’s latest league match against Smouha,” read a statement by the EFA’s disciplinary committee.

The Whites were held to a 0-0 draw against Alexandrian club Smouha on Friday, their second draw since the season start, to stumble again in the Egyptian Premier League race.

Meanwhile, Smouha’s President Mohamed Farag Amer was also suspended for one match and fined  50,000 pounds for his offensive declarations against the referee of the league match against Aswan on 15 December.

The disciplinary committee also censured Ahly’s football director Sayed Abdel-Hafiz for his recent criticism of the referees, warning that he would be punished if he repeated the same actions.