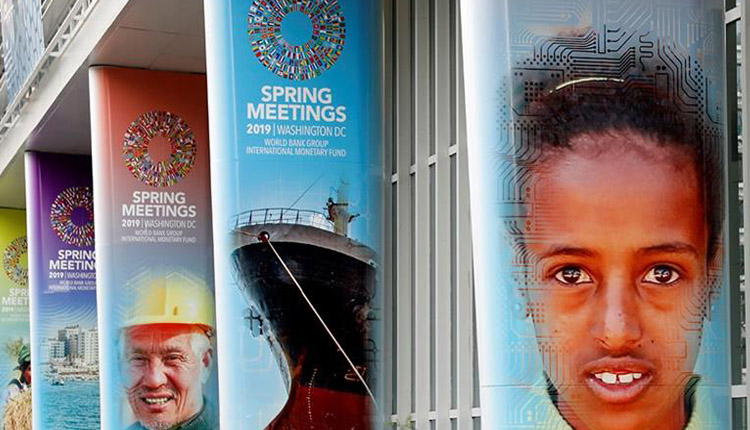 The sole candidate for the job, he was nominated by President Donald Trump in February and unanimously selected by the bank’s executive board on Friday.

However, Malpass’s nomination to lead the development lender initially raised eyebrows. He’s expressed doubts in the past over multilateral cooperation and criticised the World Bank for continuing to lend to China even as the country has grown wealthier.

President Trump’s climate scepticism also blatantly contradicts the bank’s position on climate change, which it characterises as “an acute threat” to global development and its efforts to end poverty.

on the other hand, Slowing global economic growth. Trade tensions. Rising inequality. A planet in peril. These challenges and some notable debuts will be on the agenda at this week’s joint gathering of the International Monetary Fund (IMF) and World Bank in Washington.

But the institutions – which both mark their 75th anniversaries this year – are also attracting critics who question their capacity to redress the global economy’s most pressing problems.

Huawei signs a MOU with Egyptian Ministry of Higher Education