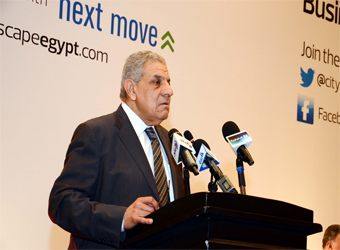 Egypt’s current Housing Minister Ibrahim Mehleb said he has not been officially tasked yet with heading the new Cabinet, Amwal Al Ghad’s Arabic website cited the minister as saying on Tuesday.

This comes after unnamed official sources revealed to the state-run Al Ahram plans to assign the Housing Minister Mehleb to form the new Cabinet, following the resignation of the military-backed government led by Dr. Hazem el-Beblawi on Monday.

“I am still holding the Housing Minister post in Dr. Beblawi’s Cabinet which was tasked to run the government’s affairs until a new prime minister is selected.” Minister Mehleb told Amwal Al Ghad.

Beblawi did not cite any specific motivations behind the unexpected resignation. Instead, he spoke of the immense responsibility his Cabinet has shouldered since its appointment.

“[The government] made every effort to get Egypt out of the narrow tunnel in terms of security, economic pressures and political confusion,” the prime minister said in a live televised speech.

*This story has been edited by Amwal Al Ghad English.