Facebook announces a new video-calling feature, a move that could compete with Zoom 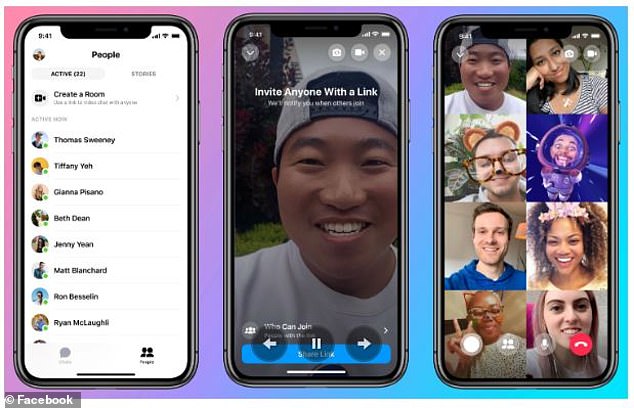 Facebook launched on Friday a new video-calling feature – Messenger Rooms – designed to give isolated users another way to keep in touch with friends and family.

The new Messenger Rooms seems to be an immediate threat to Zoom and Houseparty, the two video-calling applications that have seen their usage skyrocket over the past month as coronavirus lockdowns have moved many in-person activities online.

“The ability to feel like you are directly connected with someone live over video” is essential to maintaining that togetherness, Facebook chief executive Mark Zuckerberg said on Friday during a broadcast on Facebook Live.

The release of the new feature is part of Facebook’s efforts around “video presence,” which he defined as the ability to feel like you’re connected to someone live over video.

“It’s starting to be a fundamental building block of a private social platform with lots of different use cases.”

The group video chat feature was already in the works before the coronavirus outbreak, but Facebook accelerated development as the volume of video calls and group video calls on its apps skyrocketed, Stan Chudnovsky, vice president of Messenger, told USA TODAY.

The free feature will enable Facebook and Messenger users to create group video calls of up to 50 people. However, Messenger video calls are limited to eight people.

‘Stay home’ period starts in Tokyo till May 6