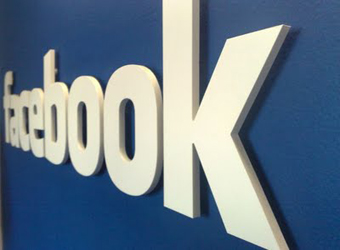 Facebook said earlier last summer that it was running out of places to show users ads in News Feed, its moneymaking machine, meaning it would need to sell ads elsewhere to keep growing.

On Wednesday, Facebook announced that it has found a new place: Inside Messenger, its standalone messaging app.

Facebook will soon show some users News Feed-style carousel ads inside Messenger as part of a new test. The ad units, which will let users swipe through cards from five different advertisers, will only be live to a small number of users in Australia and Thailand, according to Stan Chudnovsky, head of product for Messenger.

The ads will appear “below the fold,” meaning users will have to scroll, at least a little bit, to find them. Advertisers will be able to target users the same way they do on Facebook; that means they won’t be able to target based on any information included in a user’s private messages.

Facebook already offers one type of Messenger ad: Sponsored messages that a brand can send to a user once they’ve already exchanged messages.

But unlike sponsored messages, News Feed-style carousel ads are not “native” to messaging. That is, it’s not the kind of ad format you’re used to seeing inside your messaging inbox, which is usually a private place.

Chudnovsky says that Facebook is aware of that, and stressed on multiple occasions that this was just a test.

“We don’t want to even risk [invading user privacy],” Chudnovsky said. “But until you try, you are never going to find out. That’s why we are going to try on a very small scale and see how people react.”

Chudnovsky added that the idea of ads in News Feed, and in Instagram’s feed, also felt weird when Facebook first started testing them.

“Originally, people were also not very big believers in ads in News Feed because that felt very private, too,” he said. “But the playbook that we had is the same. We are worried about [that], but we are also testing things even when we are worried about them.”

Messenger’s new test comes at an opportune time. Facebook reports earnings next week, and this will certainly provide company executives with something to point to when investors come asking about its News Feed ad inventory. (The company also started selling a new type of vertical video ad inside Instagram earlier this month.)

Facebook said on its last earnings call that growth was expected to slow “meaningfully” in 2017. Bringing some carousel ads to Messenger users in Thailand and Australia won’t change that, of course, but it can certainly provide some air cover for Facebook execs during its upcoming earnings call. Messenger has more than a billion users, after all.

Facebook does not have immediate plans to expand the test to more countries. “We run long-term tests,” Chudnovsky said, suggesting this test will run for “months.” “It’s not going to be expanding anywhere for a long time.”