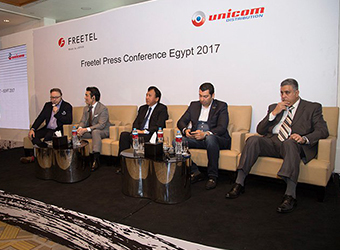 Japanese handset manufacturer and smartphone brand Freetel announced Tuesday that it brought its device lineup into Egyptian market, by entering into a strategic agreement with Unicom Egypt.

Freetel signed the agreement with Unicom to introduce the Japanese brand smartphones in Egypt. Unicom will become the main distributor for Freetel in Middle East.

Freetel is seeking to seize a 5 percent share of the Egyptian smartphone market by the end of 2017, said Sameh Sabry, managing director of Unicom Egypt.

Freetel, established in 2012 and began selling its first batch of smartphones a year later, is currently the market share leader (30%, or about 3.5 million) in Japan’s low price, contract-free phone market.