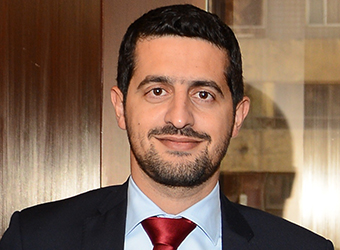 The investments are notably in the Egyptian government debt instruments including treasury bills and treasury bonds in addition to some in the country’s stock exchange, AXA Egypt official added.

“AXA Egypt seeks to boost this portfolio as we are studying adding two more economic activities to AXA’s businesses in the coming period,” Chahine said.

“We are targeting growth rates ranging between 20 and 30 percent per year in the next three years.” He added.

AXA Egypt’s property and medical insurance premiums have reached 100 million pounds out of total premiums of one billion pounds registered by the end of June this year, Chahine stated.

AXA, France’s largest insurer, is a multinational, investment banking firm headquartered in the 8th arrondissement of Paris that engages in global investment banking, securities, investment management, insurance, and other financial services. It is one of the world leading insurance and asset management groups, serving 102 million clients, individuals and business, in 56 countries.