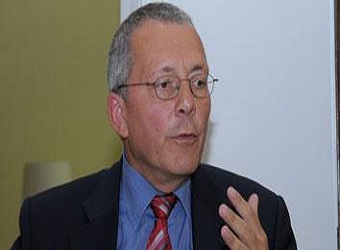 The volume of German aids to Egypt has totaled up to € 350 million, the country’s ambassador to Egypt Mr. Michael Bock told Amwal Al Ghad on Thursday.

On the sidelines of the inauguration of the second branch of “National Employment Pact” (NEP),  H.E. Ambassador Bock said the German aids are designated for projects in multiple fields such as energy, urban development, recycling alongside vocational trading and employment.

The ambassador further stressed that solving Egypt’s political plight is pivotal to beginning sustainable steps in order to revive the country’s ailing economy.

The German ambassador to Egypt had inaugurated Thursday morning the second branch of “National Employment Pact”(NEP), which was founded by the German government’s funds in the aftermath of 25th January Revolution with the aim of providing jobs suitable for the Egyptian youth. It was founded in association with the private sector companies and the non-governmental institutions.

The initiative was financed by the German government at 75%, and 25% by the private sector companies; referring that the total value is €300.000 annually.

The initiative takes in nearly 1200 companies that cooperate in providing jobs for the youth. This number rises with the increase of the companies. The project, in the coming period, aims to orient to Upper Egypt and Alexandria so as to provide jobs suitable for the youth in these areas