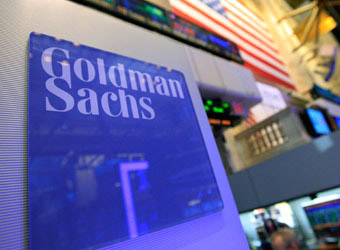 The push by Republicans in the U.S. House of Representatives for a shift to border-adjusted corporate tax (BTA) could push U.S. crude prices higher than the global benchmark Brent, triggering large-scale domestic production, said analysts at Goldman Sachs on Tuesday.

Goldman said it anticipates a 25 percent jump in the prices of U.S. crude futures, also known as West Texas Intermediate (WTI), and refined products in comparison to the global prices if the switch is implemented.

The investment bank, however, said that uncertainty on whether such a policy will go ahead is high due to concerns about WTO-non compliance and transition issues and oil futures currently only imply a 9 percent probability for such a shift.

“If implemented, the impacts on the oil market would be significant,” Goldman said.

Brent crude futures were trading on Tuesday at a $2.40 per barrel premium to WTI.

The appreciation in prices could be an incentive for producers to sharply increase activity, the bank said warning, that the ramp up in U.S. production in a market only starting to rebalance would create a renewed large oil surplus in 2018, which could lead to an immediate sharp decline in global oil prices.

The bank says it sees Brent prices coming down to $50 per barrel in 2019, assuming a 15 percent appreciation in the U.S. dollar upon implementation of the BTA and a 30 percent pass-through of U.S. production costs to global production costs.

If this pass through of costs continues in the long run, it would result in 2020 Brent prices falling to $40 per barrel, Goldman analysts added.

BTA would also leave U.S. refiners just as happy as its producers, as the immediate spike in U.S. crude and petroleum products prices would leave them with excess returns, analysts said.