Iraq carries out air strikes on ISIS in Syria 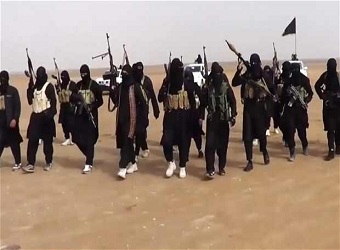 Iraq carried out Thursday air strikes on Islamic State positions in Syria a week after Prime Minister Haider al-Abadi said his country would defend itself from militant threats across the border.

“Carrying out air strikes on Daesh gangs in Syrian territories is because of the dangers posed by said gangs to Iraqi territories and is proof of the improved capabilities of our armed forces,” the Iraqi military said in a statement.

Earlier this month, Abadi had said Iraq would “take all necessary measures if they threaten the security of Iraq”, referring to the jihadist militants who just three years ago overran a third of Iraq.

The prime minister declared final victory over the ultra hardline group in December but it still poses a threat from pockets along the border with Syria and has continued to carry out ambushes, assassinations and bombings across Iraq.