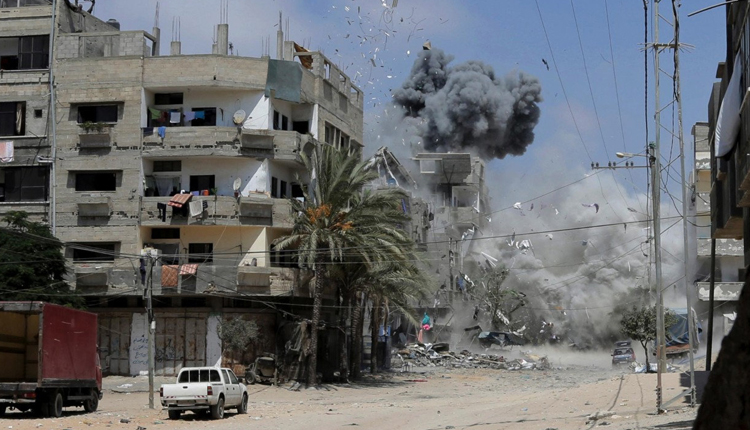 A truce between Israel and Hamas, the Islamist group that controls the Gaza Strip, largely held on Saturday a day after one of the most fierce flare-ups along the volatile border in years.

Hamas said it had agreed to the truce with Israel, a day after clashes killed an Israeli soldier and four Palestinians, three of them Hamas fighters.

A senior Israeli official confirmed a truce was in place. The Israeli military declined to comment on the ceasefire but a military spokeswoman said civilians could resume normal activities.

In what appeared to be an isolated incident, with no reports of casualties, an Israeli tank fired on a Hamas post in Gaza after Palestinian suspects breached the border fence and entered Israeli territory before retreating back into Gaza, the military said.

There were no other reports of unrest in the area by 1300 GMT on Saturday.

On Friday, Palestinian gunmen killed an Israeli soldier and the Israeli military launched dozens of strikes that killed three Hamas fighters. A fourth Palestinian was killed by Israeli gunfire during a protest near the border.

“With Egyptian and United Nations efforts it has been agreed to return to the era of calm between (Israel) and Palestinian factions,” said Fawzi Barhoum, spokesman for the Hamas Islamist group that controls Gaza.

Zimbabwe’s President Mnangagwa appeals for racial unity ahead of election