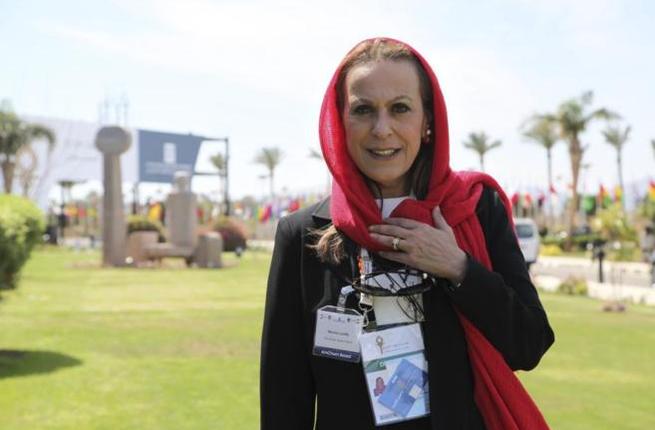 Egypt’s Giza Criminal Court on Monday handed down a death sentence to the killer of Abu Dhabi Islamic Bank (ADIB) CEO Nevine Loutfy, who was found dead inside her house in Cairo’s 6 October City in 2016.

Kareem Saber Abdel-Moty was convicted of premeditated murder, posession of drugs and a blade weapon as well as motor vehicle theft.

Monday’s sentence was handed down after Abdel-Moty had received a preliminary death sentence pending a non-binding opinion by Egypt’s Grand Mufti in January 2018, nearly two years after he killed the female Egyptian CEO in November 2016.

The sentence can still be appealed. Abdel-Moty worked as a security guard for a year and a half in the compound where then-64-year-old Loutfy resided. He left the job a few months carrying out the murder.

According to reports on police investigations at the time, Abdel-Moty knew that Loutfy lived alone and he was able to disable surveillance cameras prior to the act.

He entered her villa through a bathroom window and found Loutfy awake in her bedroom, leading to a struggle before he stabbed her multiple times.

Saber was later apprehended Loutfy’s car, iPad, mobile phone and 5,000 dirhams (about EGP 20,000) in his possession.

The CEO’s shocking death lead Egypt’s bourse to halt trading in shares of the ADIB for ten minutes.
Loutfy had extensive finance experience gained in the US, Europe and emerging markets, with primary areas of expertise in local corporate and SME business management, in addition to credit risk and capital management.