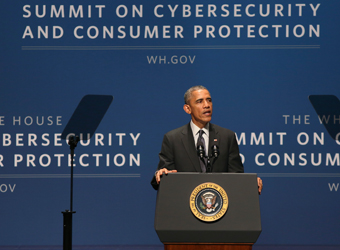 Donald Trump should elect a cybersecurity ambassador to help keep the US secure, a new report says.

The 100-page document highlights areas where the US falls short and calls on the private sector to help hasten the improvement of digital services.

President Barack Obama set up the commission in preparation for the new administration.

He said its recommendations should be followed within the first 100 days of Mr Trump’s presidency.

“Now it is time for the next administration to take up this charge and ensure that cyberspace can continue to be the driver for prosperity, innovation, and change both in the United States and around the world,’’ the outgoing leader said.

However, the report is only advisory and Mr Trump could choose to ignore its suggestions.

In its 16 recommendations, the Presidential Commission on Enhancing National Cybersecurity also suggested implementing a kind of “nutritional label” system for devices. The label would contain independent advice on how secure a particular device may or may not be.

Earlier this year it was discovered that thousands of poorly-designed webcams were hijacked by criminals to use in a botnet attack – a technique which involves directing large amounts of internet traffic to one target in order to overwhelm a system.

By alerting consumers to potential security risks – such as default passwords – this kind of situation could be avoided in future.

But the commission said it ultimately wanted to remove the burden of cybersecurity away from the general public and instead deal with it from the top down – suggesting, for example, that companies prohibit the use of popular passwords such as “password” or “password123”.

It set a target of eliminating identity theft by 2021, a task which the experts said would need 100,000 new workers trained in the field of cybersecurity.

The report’s backdrop comes amid ongoing concern about how weak cybersecurity is allowing other nations to interfere with US governance.

During the election campaign, Russia was blamed for a hack on the Democratic Party’s emails, causing a storm over, among other things, supposed efforts to suppress the emerging success of rival Democrat candidate Bernie Sanders.

The report said the cybersecurity ambassador should take up the challenge of establishing global rules over how nations behave when it comes to carrying out cyber-related operations.

The commission, which was made up of 12 security and legal experts, also said the private sector should work together with the government to utilise the best talent that may be working at the likes of Facebook, Google and others.

One hurdle to overcome, however, was what the report described as a “distrust” between Silicon Valley and government, fuelled by the fall-out from the Edward Snowden surveillance revelations.

Mr Trump’s team has not yet commented on the report. During the campaign, the president-elect outlined his own cybersecurity plan. It involved forming a cyber review team to assess the country’s readiness.