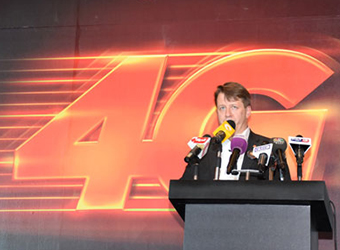 “After working in five countries on three continents with Orange, I am proud to announce that I have been appointed today as the new CEO of Play, in Poland. I am excited to become a member of Play team!” Harion said in a tweet on Wednesday.

Orange Egypt confirmed that news on Thursday in a bourse filling saying a board meeting is due on April 24 to select a new CEO.

The current chief executive of Play Communications, Jorgen Bang-Jensen, will stay on until Harion takes over on August 1, Play said in a statement late on Wednesday without giving a reason for Bang-Jensen’s departure.

With over 25 years of experience in the telecommunications sector, Harion spent in leading positions in the sector and achieving numerous successes in many countries in the world. In 2016, Jean Marc Harion was the Orange Egypt’s CEO. Before that he served as CEO of Orange Belgium, as well as CEO of Orange Dominica. Harion’s prior experience includes a wide-range of position across the entire Orange Group, which includes the post of VP of the French Business Development for Communications in New York, USA.

He also served as vice president of the commercial sector in Orange France in Paris and director of operations and data services for Orange group in London.