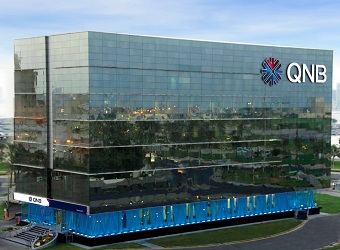 Qatar National Bank (QNB), the largest lender in the Middle East and Africa by assets, is expecting loan growth of 12-14 percent this year, backed by government infrastructure spending, analysts said after a call with QNB’s finance chief.

The country’s banking sector has had to contend with fallout from a June decision by Saudi Arabia, the United Arab Emirates, Bahrain and Egypt to cut diplomatic and transport ties with Qatar, though the Qatari government has shown little sign of weakening its commitment to spending on infrastructure projects.

A QNB spokesman declined to comment, saying the information discussed on the call was not for media circulation.

QNB’s public sector lending has grown at around twice the pace of its private sector loan growth this year, the analyst sources said, citing Mari.

Though it achieved loan growth of 34 percent last year, that was helped by its 2.7 billion euro ($3.17 billion) takeover of Turkey’s Finansbank. Roughly a third of the 2016 growth was from international sources.

Qatar’s diplomatic row with its neighbours has cut off many of its banks’ funding sources in the Gulf and has led to an outflow of deposits from those four countries.

QNB still has 1.9 percent of total deposits from the Gulf countries that are at odds with Qatar and expects those funds to exit within the next six to nine months, the analyst sources said, citing Mari.