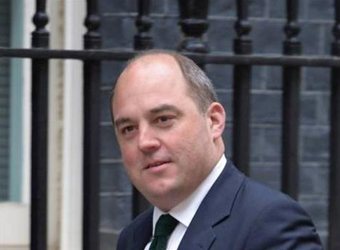 UK Minister of State for Security Ben Wallace discussed with Egyptian officials means of bolstering security cooperation with Egypt and the resumption of direct flight from the UK to Sharm El-Sharm during his two-day visit to Cairo, which concluded on Tuesday, the UK embassy said.

In late 2015, the UK, along with a number of other European countries, suspended passenger flights to Sharm El-Sheikh over security concerns shortly following the deadly crash of a Russian passenger plane after taking off from Sharm El-Sheikh airport.

“The resumption of flights between the UK and Sharm El-Sheikh is a priority to both countries,” Wallace said, adding that the UK is keen on boosting security and counter-terrorism cooperation.

Wallace’s trip is the first in series of planned visits by UK ministers in 2017.

Egypt has implemented steps to tighten security at its airports in the last several months.

A number of European countries, including Germany, Turkey and Belgium, have recently resumed direct flights to the popular South Sinai tourist destination.

Meanwhile, Russian officials have said Moscow would resume its flights to Egypt some time soon.