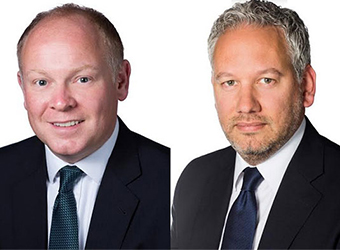 North America was a safe haven for deals in Q1 2017, and the US accounted for 94% of inbound deal value in the region. The fallout from Brexit and a series of contentious election campaigns hit EU inbound M&A activity in Q1 2017, as EU targets accounted for only 17% of cross regional deal value, compared to an average of 35% since 2009.

The consumer sector led the way for deal value in Q1 2017 with 142 deals valued at US$113.3 billion, while the technology sector led deal volume with 182 deals valued at US$14.9 billion. Energy and utilities, and pharma were the second and third highest sectors in terms of value, contributing US$51.4 billion and US$49.1 billion respectively.

The Q1 2017 Middle East Index has remained fairly steady at 141.3, a slight dip on Q1 2016 figures (155.6), and the previous quarter (189.9), indicating that despite sustained political and economic uncertainty, the Middle East M&A market remains steadfast. The United Arab Emirates (UAE), is yet again a dominant country for M&A in the region this quarter, coming out top for deal volume for both inbound and outbound activity.

“The UAE is one of the most dynamic Middle East economies for cross-regional M&A activity, as borne out by the deals in Q1 2017”, said Will Seivewright, Corporate/M&A Partner at Baker McKenzie Habib Al Mulla, based in the UAE. “With projected GDP growth continuing to bring investors to the region, the outlook is very positive for the remainder of the year. We expect to see the consumer and technology sectors driving activity as demand and innovation in the region continue”.

Zahi Younes, Corporate & Securities Partner at Baker McKenzie’s associated firm in Riyadh, added, “It’s a positive story for Saudi Arabia this quarter, with the nation leading the pack on both outbound and inbound deal value. As 2017 continues, we expect to see more deal activity from family businesses as second and third generation shareholders become more receptive to M&A activity as a means to develop their businesses”.

Both the value and volume of cross-regional M&A deals targeting the Middle East slightly increased from the last quarter, rising from US$2.66 billion to US$2.96 billion, and shows a significant increase from Q1 2016 where we saw just US$349 million raised for the same number of deals.

The US led by volume and value as the top bidder country for the quarter with two deals worth US$2.86 billion, one of which was Tronox Limited’s US$2.21 billion acquisition of Saudi Arabia’s The National Titanium Dioxide Company Ltd, resulting in the Chemicals & Materials sector being the stand out target industry for the quarter by value.

The UAE attracted the most interest from international investors by volume, with four deals across various sectors, whilst Saudi Arabia led by value, as a result of the Titanium Dioxide mega deal. The Energy & Utilities sector was the busiest of the quarter.

The UAE drove deal volume from the region, with five deals across various sectors, whilst Saudi Arabia and Kuwait account for the main bulk of this quarter’s deal value, investing US$3.9 billion and US$1.2 billion respectively.

Energy & Utilities was the stand-out target industry by both volume and value, with six deals valued at US$5.12 billion, including the mega US$3.9 billion acquiring of USA’s Motiva Enterprises LLC by Saudi Arabian Oil Co.