Samsung adds to its lineup of premium smartphones with Galaxy Note 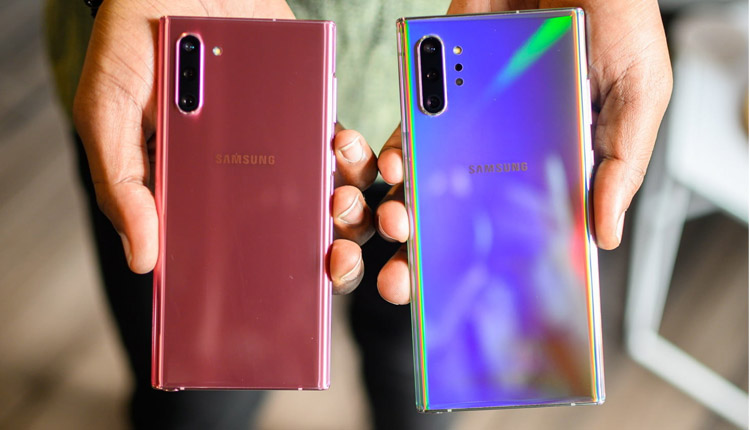 This is Samsung’s shot to get its latest and greatest phones on the market before Apple launches its new iPhones in the fall. And there’s a lot to like, as you’re willing to spend at least $950.

The market of people willing to shell out about $1,000 for a phone is shrinking, as many continue to hold on to phones for longer than ever. That means it’s important for Samsung to get its new Note phones out the door and appeal to these shoppers before Apple launches its new iPhones in September.

This is also the first time Samsung has launched more than one model of its fan-favorite Galaxy Note phone, which helps it cater to as many of those buyers as possible. There’s a model for people who don’t like “huge” phones, there’s a big one for power users and there’s a 5G variant for folks who want to future-proof for next-generation networks that are beginning to roll out now.

All three phones will be available to order at 12:01 a.m. ET Thursday, and they will be in stores on Aug. 23. The 5G variant will be a Verizon Wireless exclusive to start.

I had a chance to check out Samsung’s new phones earlier this week. Here’s what you need to know about them.

Samsung’s $950 Galaxy Note 10 has a 6.3-inch screen, which is the biggest difference from the 6.8-inch screen on the Galaxy Note 10+. Samsung said it’s launching a smaller version in case some customers find the full-sized Note to be too large. And that’s a good strategy, since earlier Note phones have felt a bit bulky and heavy. This year, the Galaxy Note 10 feels much lighter and thinner. The phones are still big, but since the screen takes up most of the front of the phone, they don’t feel as large as earlier models.

The screen is the one big selling point. It’s probably the best on any phone you can buy. It’s sharp, colorful and really bright. But so are the screens on most other high-end phones, including Samsung’s Galaxy S10 devices that launched earlier this year. Apple’s iPhone XS and iPhone XS Max use a similar display technology.

The Galaxy Note 10 and Note 10+ stand out against iPhones by including just a tiny cut-out for the front-camera. The rest of the face of the phone is entirely screen, which means things like videos and photos tend to pop a bit more, since there aren’t any big bezels or notches to distract you

Of all the Note 10 changes, two stand out the most. Samsung saying goodbye to the headphone jack is a big deal, because the brand was the last major bastion of the 3.5mm port. Letting that go signals a probable shift for future Galaxy phones. You’ll get a pair of free USB-C headphones in the box, but an adapter dongle for your existing headphones will cost you $10 from Samsung.